Estonia is a small country in North-Eastern Europe. It faces Finland and borders Russia. It’s a young country, independent of the Soviet Union for just as long as 30 years. When Estonia joined the European Union in 2004, it used to hold the label of the poorest country in the economic area. But this was due to a change. At that time, Estonia was already on the path to adopt new technologies for all its citizens: first the internet, then blockchain solutions, and now, the most cryptocurrency friendly legislature in the EU.

Estonia worked consistently to become a technological revolutionary country. Estonia was the first country to give its citizens an electronic ID. Everything is done on the internet with this electronic ID: e-republic”, offering a chance to internet entrepreneurs all over the world to register an Estonian business.

With blockchain and cryptocurrencies becoming popular during the last decade, it was a given for Estonia to become a pioneer in these technologies. Wired Magazine for example labelled Estonia to be the “most advanced digital society in the world“, while economists estimate Estonia’s’ GDP will rise to Luxembourg’s level around 2050’s. Even developed countries such as France collaborate with Estonia to implement best practices modernizing their bureaucratic governmental structures.

Since its independence in 1991, Estonia has come a long way to become the most technologically advanced country in 2020. Betting early on the internet and decentralized approaches to keep citizens’ data, Estonians could fill their tax declaration online from 2000. Just to put this into perspective, the first iPhone was released in June 2007, 7 years later. Estonia instinctively started using blockchain for its public registries as soon as it was possible to do so. When cryptocurrencies became popular, it was only natural for Estonia to act on it, too.

Most of the world doesn’t know about Estonia being on the forefront around the topic of cryptocurrencies. Despite its size, Estonia is the second country in the world with internet searches for the term “Bitcoin”.

With its knowledge and experience in the blockchain technologies, Estonia’s path to a regulatory cryptocurrency framework changed throughout time:

Those two licenses paved the way for an adjusted regulatory framework in 2020, resulting in one cryptocurrency license. This new regulation is ever since regarded as one of the most advanced frameworks for crypto projects globally. There are advantages and disadvantages of becoming a licensed crypto service provider. Mainly, it increases the chances to see the venture gain trust and achieve a higher level of recognition by clients and business partners.

Blockchain is an information technology that stacks and compiles bits of information into a “chain”. This chain is online, public, transparent and cannot be changed. It first seems to have appeared in 2008, when Satoshi Nakamoto published the white-paper for Bitcoin.

As soon as it was made public, despite little public interest, the Estonian government got interested and started testing it. In 2012, Estonia began to implement blockchain into its information systems. The “KSI Blockchain” (KSI meaning “keyless signature infrastructure”), was first used for the Succession Registry kept by the Ministry of Justice. It then expanded into other national registries: healthcare, property, business, digital courts and the system state gazette. Implementing the blockchain in these registries allowed the Estonian government to have fully transparent, unbiased and unchanged information, which can be 100% trusted.

The system proved to be so successful and useful that it was sold to the NATO and the US Department of Defence. The focus of Estonia on having safe and reliable data also made the country a leader in cybersecurity. For this reason, NATO has set its Cyber Defence Center in the country.

The trailblazer for cryptocurrencies

Imagine you receive the task: “Build a legal framework for cryptocurrency businesses!” Well, if you are not already highly invested in this technology, you will have a hard time even thinking about how to approach this undertaking.

So, we are right to assume Estonia had a solid understanding of the threats and opportunities that go along with blockchain. The growing enthusiasm for cryptocurrencies was noted by the financial regulator, who’s taskforce began to build a legal framework for crypto related business models. The goal was to have a balanced approach. Avoid scams and money laundering, while still creating a go-to environment for the still developing crypto industry.

While most countries begin to pay attention to what blockchain and cryptocurrencies are, Estonia was on the lookout from day one. Estonia implemented blockchain and cryptocurrencies into the daily life of their citizens early on. Walking by the streets of Tallinn, you can exchange your money for Bitcoins legally in a physical bitcoin exchange bureau, then pay for your dinner with it or pay right away with your crypto-wallet.

Once a poor country, Estonia has made its way up the international ranking of advanced tech-nations. Top governments and organizations such as the USA, France and the NATO have been closely working with Estonia to implement Estonia’s’ best practices in this area.

Being early adopters of the internet and of the blockchain technology, it was all natural for Estonia to become a leading player in the crypto industry. Becoming the first country to design a legal framework for crypto in 2017 and refining it in 2020, the cryptocurrency license in Estonia is a great asset any firm can have in 2021. 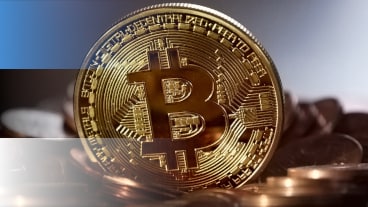 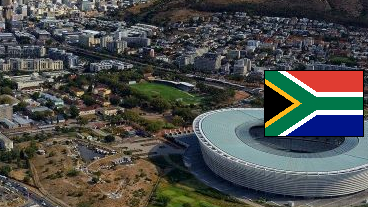 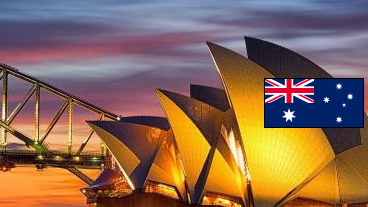 Company in Australia
from 2.000 €
More Info
Choose service first
Choose service first
Choose industry first
Contact us
Just fill out the contact form now and a professional will get back to you with a personalized offer as soon as possible!
X This website uses cookies to ensure you get the best experience on our website. By clicking or navigating the site, you agree to allow our collection of information through cookies. More info.